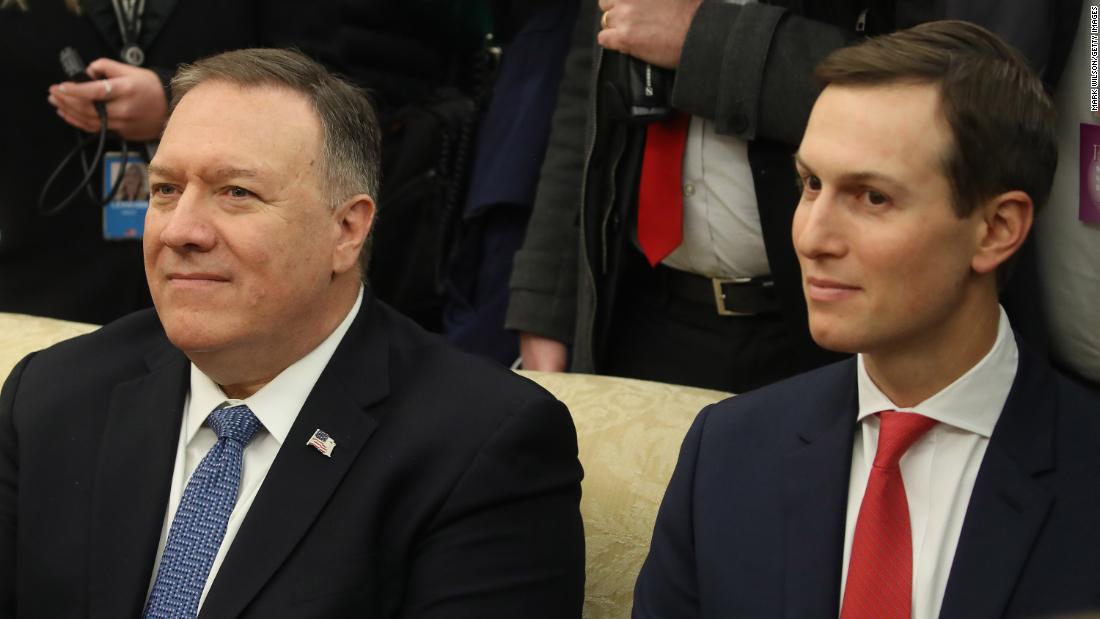 
Not that Pompeo or Jared Kushner, who will reportedly follow him to the region after the Republican National Convention, believe there’s any chance of getting a majority of the Arab League’s 22 members to join the United Arab Emirates (UAE) in its recent normalization of ties with Israel. But the pair plans on getting some.

Enamored of Arab money, arms sales and enlisting Arab states in their pro-Israeli and anti-Iranian agenda, the Trump administration’s real play was never about the Palestinians or two states. It was always about the Arab nations. And authoritarian Arab regimes eager to please an autocrat-friendly president have been only too happy to follow along with Donald Trump. The only question is how many more will do so.

In my first meeting with Kushner in 2017, it was clear where the administration was headed. Kushner stressed then that one of the key principles of his approach to the Middle East peace process was developing what he called “strategic relationships” with Arab states, especially Saudi Arabia and the UAE.

The objective was not to enlist the Arab states to leverage Israel into making concessions to the Palestinians. Instead, it was designed to demonstrate that the Arab world would leave the latter behind if they didn’t agree to make concessions and sign up to more reasonable terms with Israel.

Over the next several years, Kushner made good on his word. Instead of developing a close personal relationship with any Palestinian interlocutor, he invested heavily in courting the two Arab leaders central to his strategy: Mohammed bin Salman, the Saudi Crown Prince, and Mohammed bin Zayed, the most powerful leader in the UAE.
The attention and focus on the Gulf states was stunningly willful. The President’s first trip abroad began in Saudi Arabia and Israel.
The administration defended the disastrous Saudi and Emirati campaign in Yemen (the Emiratis have since withdrawn their forces) and backed it with arms sales. And it has turned a blind eye to their repressive regimes, especially providing cover for MBS’s alleged role in the murder and dismemberment of Saudi journalist Jamal Khashoggi.
In essence, as we’ve seen recently with the likely sale of F-35 advanced fighter aircraft to the UAE, what the Arab states wanted, they more or less got.
Before we turn Kushner and company into Metternich-like diplomatic geniuses, it’s important to point out that much of the foundation for closer Arab state-Israeli ties had been laid well before Trump came to Washington.
A rising Iran, concern over Sunni jihadi terror, exhaustion with the seemingly endless Palestinian cause and discreet security and intelligence ties with the Israelis created a strong basis for regional cooperation. Israel and the Gulf states in particular, already greatly concerned about the Obama administration’s nuclear deal with Iran and its seeming willingness to support the overthrow of Arab autocrats in Egypt and Tunisia in the wake of the Arab spring, were only too happy to welcome the anti-Iranian, pro-autocratic tendencies of the new President.
There is little doubt that the Pompeo and possible Kushner trip eventually will produce additional agreements on normalization with Israel. Pompeo will knock on doors in Bahrain and Sudan and visit the UAE to consolidate the agreement already made there. The former two states are the most likely candidates for normalization. Bahrain warmly welcomed the Israel-UAE deal; already hosted Israelis in a US-sponsored economic conference last year and has been in talks with Israel for months.
Sudan is more complex politically in the aftermath of the removal of former leader Omar al-Bashir; the Sudanese Foreign Ministry spokesman was fired earlier this month after making comments about warming ties with Israel.
But in February, Israeli Prime Minister Benjamin Netanyahu met with a key member of Sudan’s Sovereign Council and Sudan badly wants to be off the US list of state sponsors of terrorism so an agreement is likely — it’s just a question of time. In coming months, Oman and Morocco, with longstanding contacts with Israel, will probably follow suit.

The big prize is Saudi Arabia. If Riyadh, as custodian of the holy sites of Mecca and Medina, lends its hardline Islamic legitimacy and authority to normalizing relations with Israel, the tactical shift underway might well become strategic, leading to a transformation in Arab attitudes toward Israel, breaking apart the Arab consensus in support of Palestinians and freeing each Arab state to decide on its own what to do about relations with Israel.

In the wake of the Israel-UAE deal, the Saudis issued a mild statement that appeared to connect any normalization to a sovereign Palestinian state with a capital in Jerusalem. And King Salman is more pro-Palestinian than MBS. The Saudis will also use the UAE as a sort of canary in the coal mine to see how their deal with Israel fares.

Saudi Arabia is due to host the G-20 in November. If MBS were looking for a way to improve his image in the US after his role in the Khashoggi killing, normalizing ties with Israel might be one way to do it.

It should be obvious that the timing of this normalization effort is tied to the political interests of the key players. Netanyahu, under enormous pressure at home from a resurgence of Covid-19, economic recession, an annexation he promised but couldn’t deliver and an upcoming corruption trial, gets a huge win. The UAE may get F-35s out of the deal and positions itself — through this pro-Israeli act –as a key Washington player regardless of whether Trump or Biden wins in November.

As for a Trump administration desperate to showcase competency and any piece of good news, the image of Arab states making peace with Israel couldn’t hurt.

If there were any doubt about the politics here, consider Pompeo’s plan to address the Republican National Convention from Jerusalem while on a diplomatic mission to promote the national interests of the United States. That tethers him and his office to the domestic political interests of the President’s reelection.
Unprecedented to be sure. But for a secretary of state — the most politicized in modern American history and arguably the worst — who appears to have presidential ambitions of his own, it may well be just another day at the office. 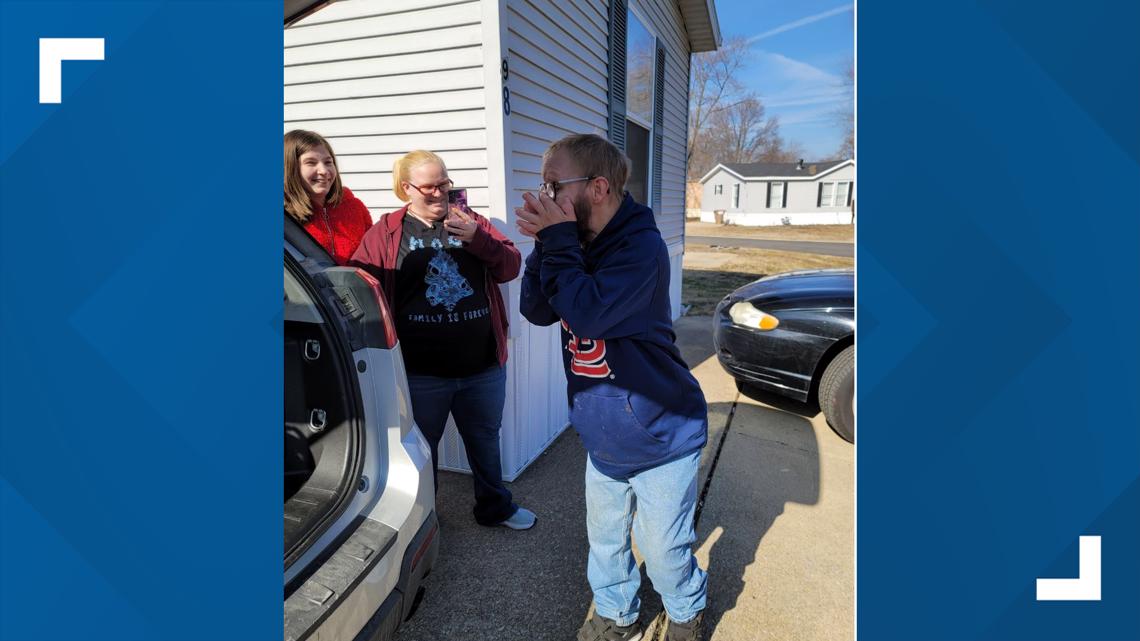 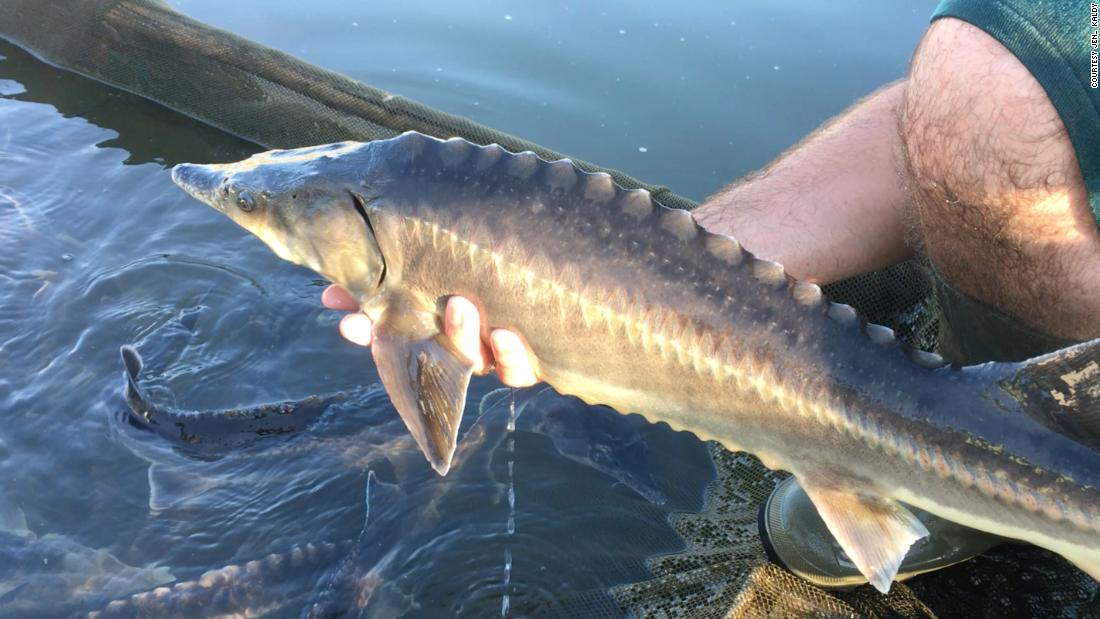 They were trying to save a species. Instead, scientists created a fish that’s part sturgeon, part paddlefish, all accident 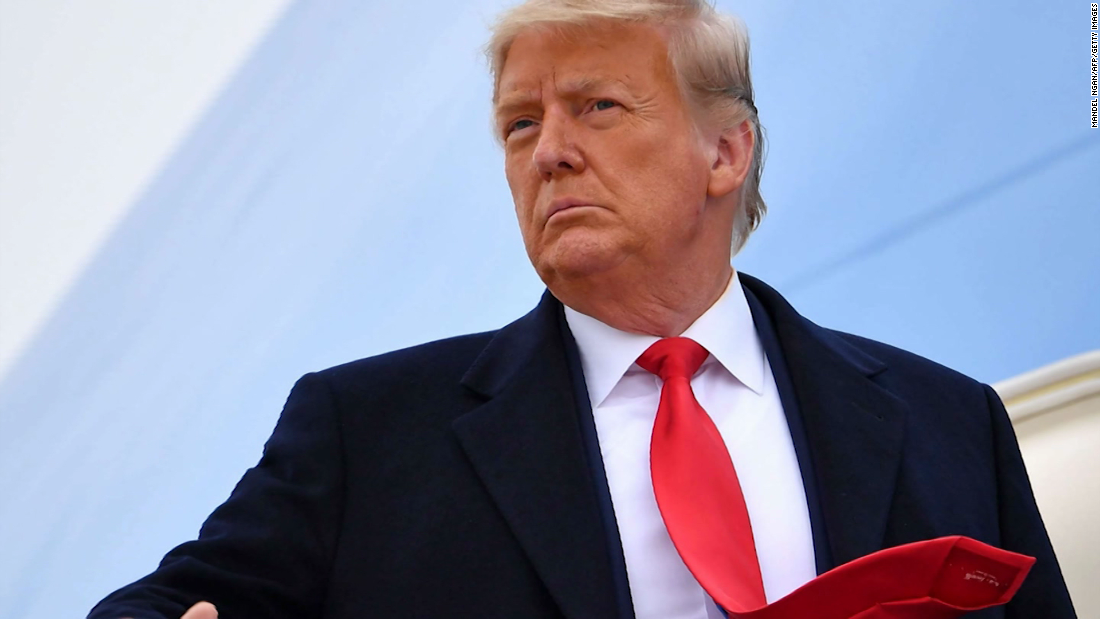