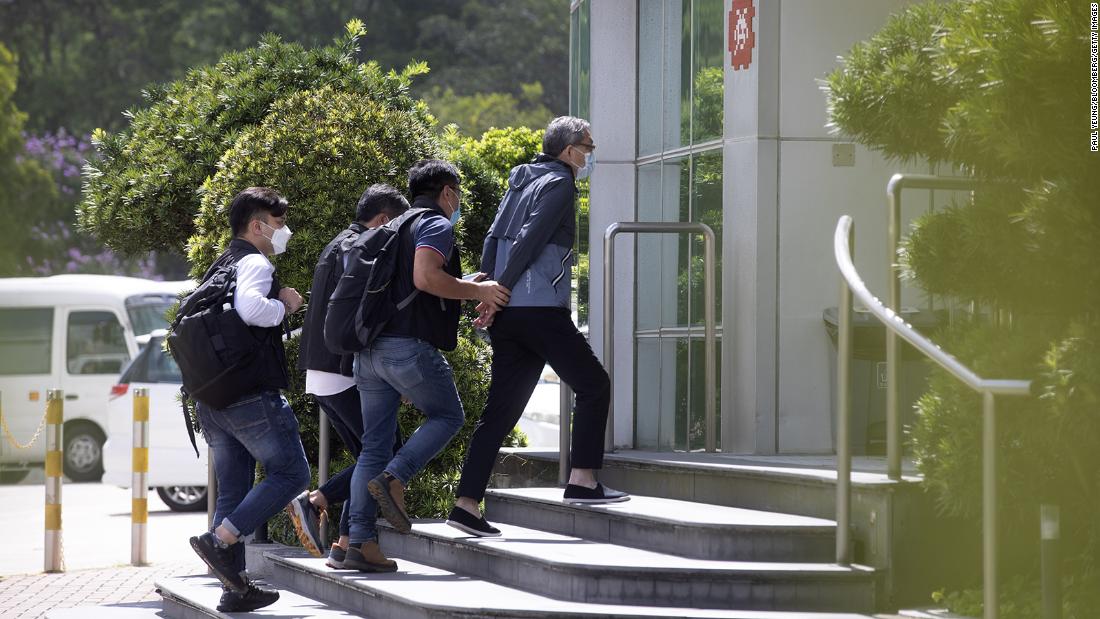 Apple Daily said Thursday that the company’s CEO Cheung Kim Hung, COO Chow Tat Kuen, chief editor Ryan Law, along with the deputy chief editor and online editor were all arrested and accused of colluding with foreign forces to endanger national security, a provision of the sweeping legislation introduced last year that banned sedition, secession and subversion against Beijing.

More than 100 police officers came to the Apple Daily headquarters, according to the newspaper. The publication broadcast a live feed on its Facebook page showing police asking staff members to show proof of identity, and blocking them from returning to their desks.

The Hong Kong government confirmed Thursday that “five directors of a company” were arrested on suspicion of violating the national security law, though they did not name the publication. The directors have been detained for investigation, according to a government statement.

In a second statement, police confirmed that national security officers had obtained a warrant to search a media company which gave officers “the power of searching and seizure of journalistic materials.”

“The government is raiding Apple Daily because they can’t shut it down by economic pressure,” Mark Simon, managing director of the private holdings of newspaper’s controversial founder Jimmy Lai, told CNN Business. “So that means we have 130 cops in our newsroom vacuuming up documents.”
The arrests and probe are the latest step in an escalating crackdown against the provocative, anti-Beijing tabloid, which has become the poster child in Hong Kong for media freedom in what many analysts argue is an increasingly hostile landscape for the industry.

Media mogul Lai — who for decades has been a symbol of the city’s tensions with mainland China — already faces charges under the national security law and is currently serving jail sentences for his role in unauthorized assemblies dating from the 2019 pro-democracy protests.

Carrie Lam, the city’s leader, said after the passage of the Beijing-imposed national security law that Hong Kong people should still be able to enjoy freedom of speech and press. The government has also told CNN Business in the past that it is “firmly committed to protecting and respecting the freedom of the press.”

Press freedoms are a fundamental right guaranteed by Hong Kong’s Basic Law, the city’s mini-constitution. But experts have worried about the usage of the national security law, and there have been indications of pressures on other media in the city. Earlier this year, a freelance producer working with public broadcaster Radio Television Hong Kong (RTHK) was convicted and fined for violating a traffic ordinance — a convoluted charge connected to her reporting on a pivotal event during the height of the 2019 protests.

A recent ranking of worldwide press freedoms, meanwhile, indicates that the environment in Hong Kong has deteriorated. The international watchdog Reporters Without Borders — which qualifies such freedoms based on data on abuse and acts of violence against journalists along with a questionnaire to experts — ranked Hong Kong 80 out of 180 countries for press freedom, down from 18 out of 138 in 2002.

— Jenni Marsh and Julia Hollingsworth contributed to this report. 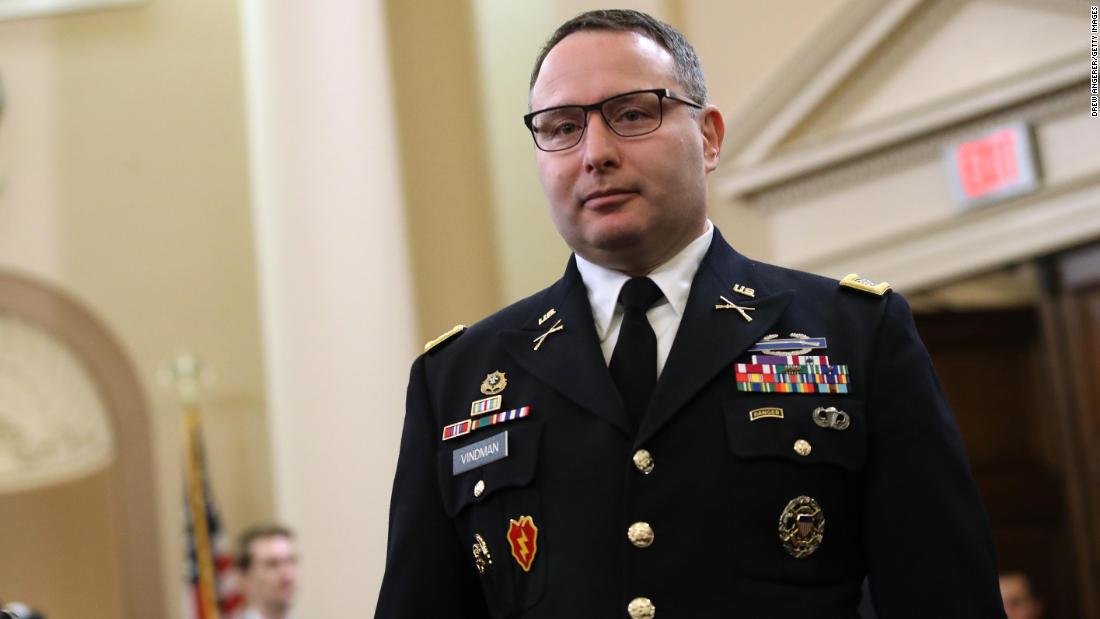 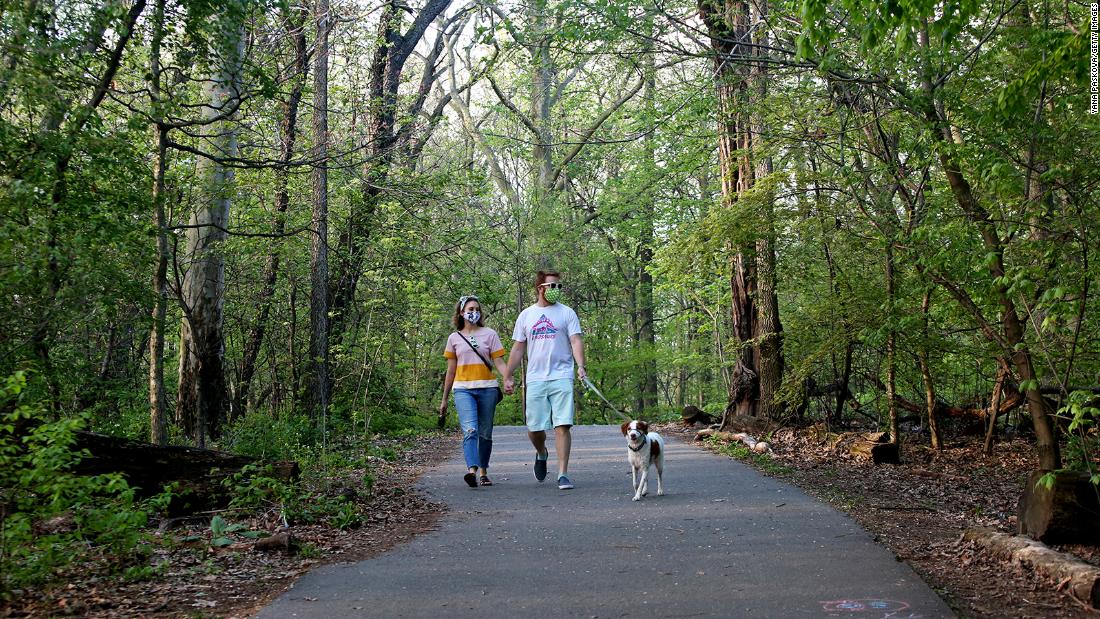 Boost your happiness with that extra hour of daylight 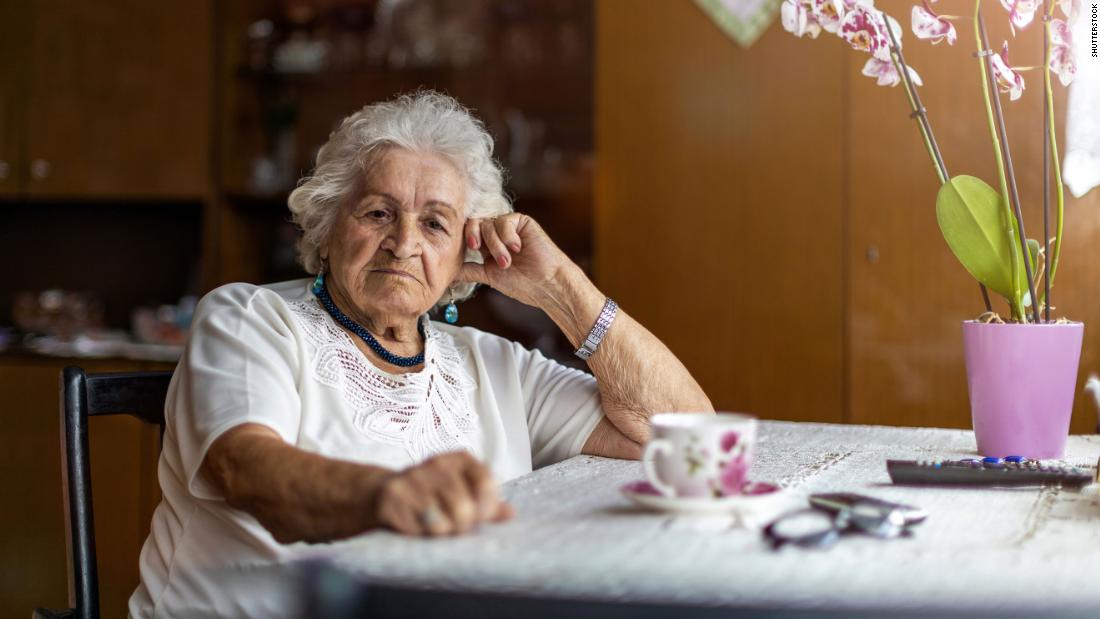 Is my senior moment the start of dementia?